The Dragon-fly
by Alfred Lord Tennyson

Today I saw the dragon-fly
Come from the wells where he did lie.
An inner impulse rent the veil
Of his old husk: from head to tail
Came out clear plates of sapphire mail.
He dried his wings: like gauze they grew;
Thro' crofts and pastures wet with dew
A living flash of light he flew.

Email ThisBlogThis!Share to TwitterShare to FacebookShare to Pinterest
Labels: beautiful in its time..., insect, Living creatures according to their kind

I've been watching a pair of mockingbirds as they have claimed an abandoned nest in the Japanese honeysuckle vine that covers a section of fence in our backyard. 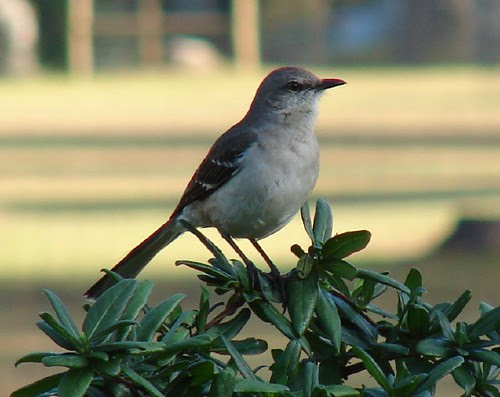 Last spring, a pair of mockingbirds also nested in the honeysuckle vine, but used a different nest that has been abandoned this year. The nest these mockingbirds have rebuilt was unused last year. 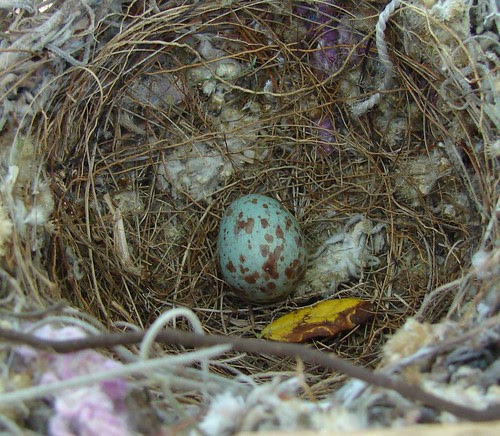 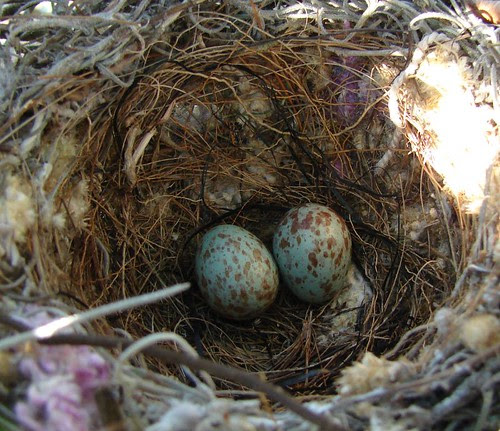 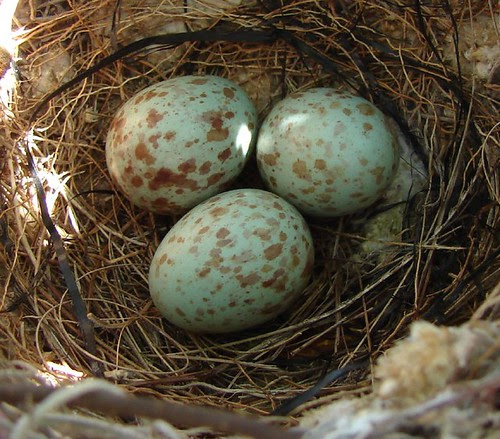 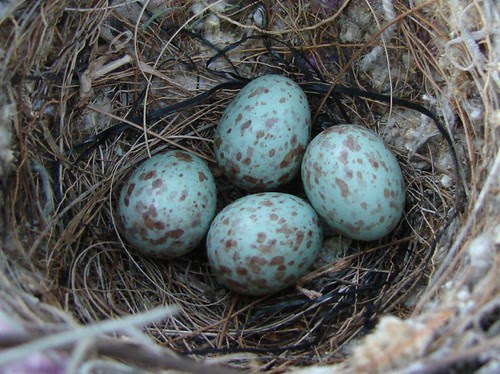 The Mockingbird (Mimus polyglottos) is the state bird of Florida.
Posted by Patricia at 9:02 PM 1 comment:

Email ThisBlogThis!Share to TwitterShare to FacebookShare to Pinterest
Labels: beautiful in its time..., Birds, Living creatures according to their kind
Newer Posts Older Posts Home
Subscribe to: Posts (Atom)